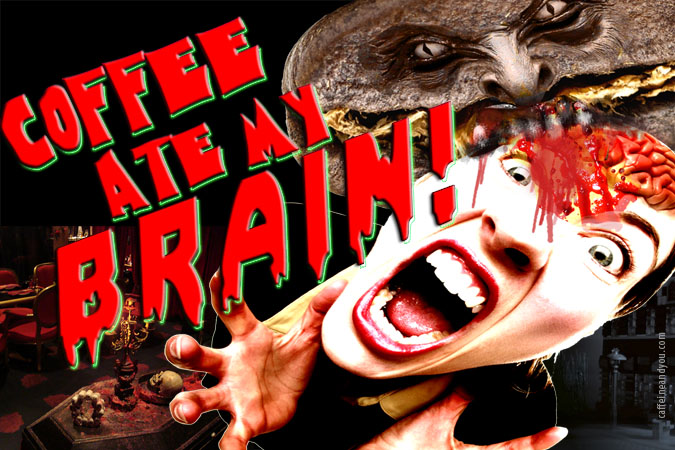 When is caffeine too much of a good thing? The body knows. In most instances, we self-regulate our consumption before serious adverse reactions occur. Our bodies tell us how much we can handle, and we learn to stay within that limit. But over time, we become less sensitive to caffeine’s effects, so we gradually increase consumption, to a point. This response is known as tolerance – and it varies from person to person. (Tolerance happens with alcohol and other drugs too, not just caffeine.)

Think back to when you first started drinking coffee or tea, or even Coke or Pepsi. You probably started with a small amount of caffeine, say one cup, and gradually drank more until you found a daily “norm,” which may be two, three, or four cups, for instance. You may have even tried more, but scaled back to fewer cups. However much you consume, your daily norm is a measure of your set point – a level of preferred stimulation.

Leveling Off: How Tolerance Works

Like a commander in battle, General Brain sends in neurochemical soldiers to hold down the fort. The result: you get less of a kick from caffeine. So you fight back with more caffeine, and up your consumption – until the point when General Brain and your caffeine habit reach detente. This balance becomes your set point.

In other words, when a drug’s effects are felt over long periods of time, our adaptive brain adjusts to its presence, and considers the effects to be part of normal brain function. When the drug is absent, you experience cravings. This is true of caffeine, amphetamines, nicotine, and even sugar.

Adapting to Your Personal Level of Caffeine

Think of your set point as your personal adaptation to caffeine. Your set point adjusts as your tolerance level changes. As mentioned, this is true of caffeine and other stimulants, like nicotine and alcohol, and even sugar. Some glucose, or dietary sugar, is essential to normal brain functioning. When the customary balance of sugar in the brain is out of sync, this can also create cravings.

So the absence of caffeine creates cravings in habitual users. And if your habit is to always take caffeine with sugar, your brain expects and craves both the caffeine and the sugar. A daily Frappucino may deliver a double-whammy of reward – and a double-edged craving if withheld. Does this sound familiar?

One school of thought suggests brain boost is really just a result of withdrawal. That is, a caffeine-dependent brain heads into withdrawal between doses (like overnight), and the next hit of caffeine merely jumps our brains back into balance.

There may be some truth to this theory, but it doesn’t explain why both one-time and habitual users experience the same caffeine boosts, at least for certain types of behavior.

For instance, caffeine’s enhancing effects on memory, reaction time, reasoning, mood, and attention span don’t appear to diminish with tolerance (or not severely). Energy-producing or ergogenic actions, like athletics, also happen with just a single one dose. Runners still get the same performance boost whether they’re habitual caffeine users or not.

According to the American Psychiatric Association, caffeine withdrawal syndrome is diagnosed when three or more of these symptoms occur within 24 hours after stopping or reducing prolonged daily caffeine use:

Additionally, these symptoms must cause clinically significant distress or impairment in social, occupational, or other important areas of functioning. And, the symptoms are not associated with the direct physiological effects of another medical condition (e.g., migraine, viral illness) and are not better accounted for by another mental disorder.

To avoid these symptoms, experts say to taper off gradually over a few days to a week.

If you notice you’re not getting the same kick from caffeine, try resetting your set point by weaning yourself off caffeine for a while. Let the brain and body revert to their natural caffeine-free state.

But if you are addicted and quit abruptly, you may feel symptoms of withdrawal – a classic indicator of physical dependence. Headaches top the list, along with fatigue, sleepiness, brain fog, bad moods, concentration difficulty, depression, flu-like symptoms, and all out crankiness. (Painkillers like Excedrin frequently contain caffeine, so taking them to ease a withdrawal headache is like downing a “hair of the dog” cocktail for a hangover.)

I practice a weekly plan to reset my caffeine tolerance level. On weekdays, I drink one cup of coffee, or 100 mg of caffeine (I’m a slow metabolizer, so this is my max). But on Sunday mornings, I switch to a cup of tea, about 25 mg of caffeine. Sometimes I go wild and have two cups of tea, but that’s still half of my normal caffeine regimen. Come Monday mornings, my usual coffee dose seems to have more punch to it. Who would have thought I’d enjoy Mondays all the more? Maybe it’s all in my head, but compared to non-reset weeks, I feel perkier, happier, and rarin’ to go. [Note: This strategy may not work for everyone, and it’s not intended as medical or health advice.]

Coming up: Caffeine’s half-life, or “How long does caffeine stay in my body?”…

I'm an author and journalist specializing in food and cooking. Caffeine Basics is my ninth book. I've written about the U.S. wine industry, international foods, shrinking your "cookprint," and cooking with kids. Great Bar Food at Home was a James Beard Award finalist, and Cooking Green: Reducing … END_OF_DOCUMENT_TOKEN_TO_BE_REPLACED