Got a thirst? Need a boost? Slurp down a can, or two – or more – of a refreshing, cold energy drink. Within minutes, moderate to high amounts of caffeine are churning through your brain and body. A moderate dose can be safe, even desirable. Too much caffeine, though, and you get the shakes, hands tremble, heartbeat races, and caffeine intoxication takes over. Like alcohol, the effects are intense, and they diminish over time. 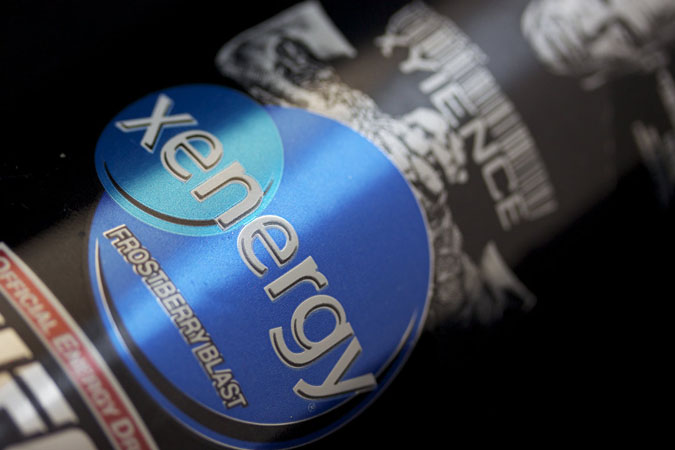 Then there’s the problem of mixing caffeine with alcohol. Energy drinks and alcohol together are double-trouble. Caffeine does not reduce the effects of alcohol. You may feel more alert, but you’re just as impaired by the alcohol.

Studies have found that the combination of energy drinks and alcohol is more dangerous than drinking alcohol alone; caffeine’s stimulating buzz makes people less aware of being drunk. They perceive themselves as more in control than they really are; they’re likely to drink more alcohol, or feel confident about driving safely, for instance.

The effects go beyond mental perception; the physical risks are real, too. Caffeine is a stimulant. Alcohol is a depressant. Together they send mixed messages to the nervous system and the heart. The combination is especially risky for people with heart rhythm problems.

Teen deaths have been attributed to minor or undiagnosed cardiac problems and high caffeine, delivered in extreme doses by energy drinks. High levels of caffeine can boost heart rate and blood pressure in some people, causing palpitations. Some teens weren’t yet aware they had cardiac conditions, which under normal circumstances had never proved problematic.

When energy drinks were linked to teenage deaths, the FDA became pressured to increase regulation and even ban energy drinks altogether. Some, including U.S. Senator Dick Durbin, say energy drinks use FDA loopholes to circumvent rules about caffeine content.

Motivated by the prospect of increased regulation, companies have slightly modified how they market energy drinks and soft drinks, especially to teens – a few have even altered their caffeine content and reclassified their products with the FDA as soft drinks, rather than dietary supplements. Chapter 5 outlines how energy drink and soft drink makers are choosing to list caffeine, including new marketing strategies by the ABA (American Beverage Association).

Energy drinks are as sweet, cold and bubbly as soda pop. They go down fast and easy. Some come in large containers, double or triple the size of a standard cup of coffee. Anyone could slurp up several cans in a day, especially thirsty athletes. But there’s a difference: energy drinks are  often many times more caffeinated than sodas. Energy drinks can range from 50 to 500 mg of caffeine per container – while a 12-ounce can of Coke contains 34 mg of caffeine.

Energy shots aren’t bubbly. Most don’t even taste good. But since a 2-ounce shot amounts to just 1/4 cup, you can slam down 50 to 200 mg of caffeine in one or two quick gulps.

And this is where most criticism lies: With energy drinks and shots, it’s easy to quickly consume too much caffeine – especially unintentionally. Most people don’t realize that caffeine is biphasic: it’s safe in low to moderate doses, but can be risky in high doses. Soft drinks have a legal limit to the caffeine they may contain, and most are about as potent as brewed tea. Energy drinks and shots have no such limit. And just finding the amount of caffeine a product contains requires keen eyesight to read tiny print on labels, or in some cases, some online research.

Both soft drinks and energy drinks reflect flavors, packaging, and marketing designed to appeal to teenagers and children. But young people have brains and bodies that are still developing and don’t handle the drug’s effects in the same way as adults. From chocolates to coffee, and sodas to energy drinks, caffeine’s an everyday part of society. But no one wins when caffeine is taken in unsafe amounts. Chapter 11 dives deeper into the effects of caffeine in young people, as well as newborns and pregnant women.

In the next chapter: Store shelves buzz with new caffeinated products, from MIO to maple syrup, keeping everyone from Israeli pilots to average drivers alert.

I'm an author and journalist specializing in food and cooking. Caffeine Basics is my ninth book. I've written about the U.S. wine industry, international foods, shrinking your "cookprint," and cooking with kids. Great Bar Food at Home was a James Beard Award finalist, and Cooking Green: Reducing … END_OF_DOCUMENT_TOKEN_TO_BE_REPLACED