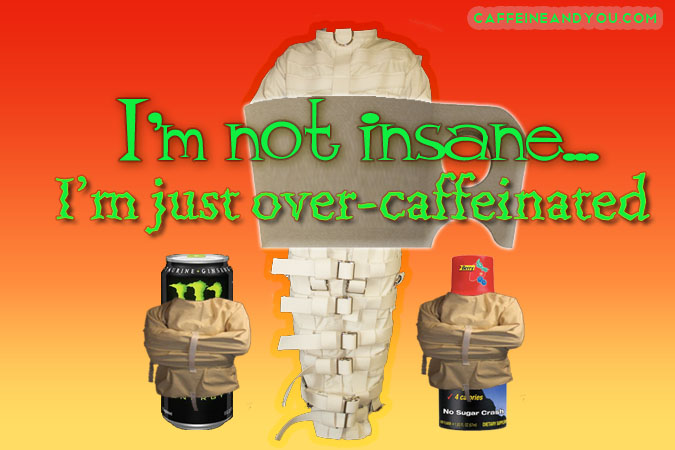 Under what conditions can caffeine become a dangerous substance?

Mental health conditions, such as bipolar disorder or anxiety, combined with an overuse of caffeine can flip a person’s mental state upside down. To understand when caffeine crosses the line, let’s look at substance addiction and dysfunctional brain conditions.

Here’s a different way to look at caffeine addiction: Addiction is a disease caused by a dysfunctional brain.

In other words: Some people are simply more prone to addiction – of any substance or activity – than others. Faulty wiring in the brain’s reward circuits triggers addiction – anything that sparks an over-the-top, insatiable craving in the feel-good parts of the brain can be addictive. Which means religion, doughnuts, poker, sex, heroin, and caffeine can all be addictive – or not, depending on each individual’s brain-blueprint.

This view of addiction comes courtesy of the American Society of Addiction Medicine (ASAM), which said in 2010:

“… Addiction is about what happens in a person’s brain when they are exposed to rewarding substances or rewarding behaviors, and it is more about reward circuitry in the brain and related brain structures than it is about the external chemicals or behavior that “turn on” that reward circuitry…

We all have the brain reward circuitry that makes food and sex rewarding. In fact, this is a survival mechanism. In a healthy brain, these rewards have feedback mechanisms for satiety or ‘enough.’ In someone with addiction, the circuitry becomes dysfunctional such that the message to the individual becomes ‘more’, which leads to the pathological pursuit of rewards and/or relief through the use of substances and behaviors. So, anyone who has addiction is vulnerable to food and sex addiction.”

This is why some people can drink an occasional cocktail and choose to stop after one or two drinks, while others keep drinking and descend into a cycle of self-destruction.

Bottom line: Most people can walk away from caffeine if they want to. It stimulates their rewards circuits, but not overly so. They may have cravings, and symptoms of withdrawal, but in a matter of days or weeks, they can wean themselves off their addiction – it’s one of the benefits of our adaptable brain.

Are You Insane, or Just Over-Caffeinated?

Were witches burned at the stake simply because they were over-caffeinated? It’s possible that strange behavior and diagnosed mental disorders have actually been incidents of caffeine intoxication. Nervousness, muscle twitches, rambling speech or thoughts are some symptoms of caffeine intoxication. Mental health professionals see people with these same symptoms all the time, but until recently, they rarely asked patients about their caffeine habits.

Doctors and mental care physicians are now being urged to consider whether curing a person’s mental instability may be as simple as taking them off caffeine.

I wonder how many inmates were sent to the cuckoo’s nest with misdiagnosed mental illness, when they were really suffering the combined effects of too much caffeine and mild mental disorders.

Mental health is as complex as caffeine, and caffeine can be a boost to some mental health conditions. Scientists have associated caffeine with lifting depression and preventing suicide, topics covered in the upcoming Chapter 9.

Consider this: 90 percent of the world consumes some form of caffeine. This chapter has focused on the risks of caffeine as a general use substance. Low to moderate doses present few risks and even some benefits, but experts say high doses should be avoided. Also, every person reacts slightly differently to caffeine, so you need to determine the right dose for you.

As we’ve seen in previous sections, large chunks of humanity are consuming more caffeine (and more potent forms of caffeine) than ever in human history. Not surprisingly, this global trend reflects the same pattern of caffeine use in individuals – whether you call it addiction, dependency or simply just habit.

Global caffeine addiction may or may not be alarming. If caffeine produces positive physiological effects, regular caffeine consumption in safe quantities may be just what the doctor ordered. It could even be an evolutionary boost, a tool in the human toolkit.

I'm an author and journalist specializing in food and cooking. Caffeine Basics is my ninth book. I've written about the U.S. wine industry, international foods, shrinking your "cookprint," and cooking with kids. Great Bar Food at Home was a James Beard Award finalist, and Cooking Green: Reducing … END_OF_DOCUMENT_TOKEN_TO_BE_REPLACED