You are here: Home / Archives for book review 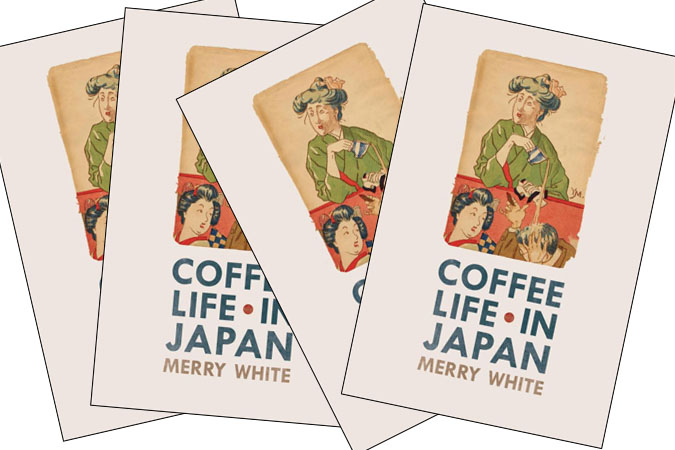 Everyone knows that coffee houses have been magnets for artists, writers, and political free thinkers throughout history. But in Japan??? The culture where teahouses, matcha, and tea rituals were born?

Wake up to the world of Coffee Life in Japan, a book brimming with surprising tidbits, astute observations, and stories from the heart. 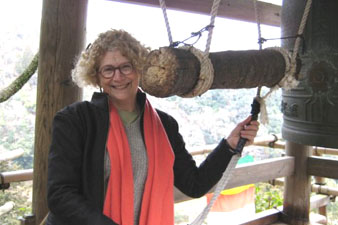 Author and cultural anthopologist Merry White knows Japan as only an outsider living on the inside can. She’s written several books on Japan, artfully weaving together social customs, timelines and personal experience.

Like a soothsayer reading tea leaves (or coffee grounds), White picks out clues in the minutia of Japanese daily life; then she enlightens us, deciphering what these signs mean about coffee’s impact – past, present and future – not just in Japan, but worldwide as well. I’m fascinated by “what makes people tick” and Coffee Life in Japan gave me enough to go back for second-helpings; I couldn’t absorb everything in just one reading. What fun!

I discovered more details about coffee’s impact on modern culture than I had previously imagined, along with events not typically taught in History 101. For instance… 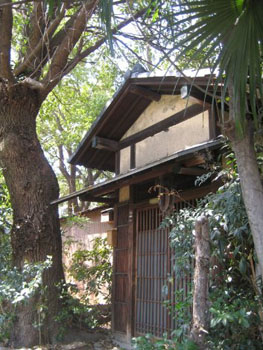 Japan’s first “coffeehouse master” was Tei Ei-kei, who in 1888 opened Japan’s first coffeehouse, the now famous (and long gone) Kahiichakan. Tei Ei-kei was a Japanese son adopted by a Chinese gentleman, raised in Beijing and Kyoto, and fluent in four languages. He enrolled at Yale University at age sixteen, and developed a taste for coffee in America before dropping out. In London on his journey home, he seized on the model for his coffeehouse: a cushy, club-like salon with Western style and modern appeal. Alas, he was a better dreamer than businessman, and his cafe closed in just five years. Both his first and second wives (who happened to be sisters) died of tuberculosis. After a failed suicide attempt, he started a new life in Seattle, but soon died at the age of 36. Yet even today, coffee fans and industry leaders visit his gravesite there. And in Tokyo, the Sanyo Electric Company honors his legacy – and the importance of coffee – with a brick monument and oversized coffee cup, dedicated to the master on the site of Japan’s first coffeehouse, the Kahiichakan. 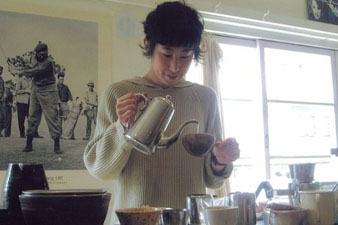 Brazil is home to the most people of Japanese-descent (other than Japan itself), in large part because of coffee. And Japan’s people assisted Brazil’s rise to coffee domination. Brazil’s immigrant recruitment policies, coupled with Japan’s economic hardships, led to a win-win relationship. In the 1880s, Japanese laborers were first brought to Brazil to work the coffee plantations and to grow coffee. Waves of workers arrived through the 1970s, especially after the Kanto earthquake in 1923. Some Japanese earned enough to buy land to grow coffee, and others returned home with a taste for coffee. By 1923, Japanese plantations owned 60 million coffee trees in Brazil. A large Japanese coffee chain, Mizuno Ryu’s Cafe Paulista, grew out of this surge, and spread Japanese-grown Brazilian coffee throughout Japan. A national coffee habit was born.

There are other tasty tidbits, too.

• Early Portuguese missionaries and traders introduced Brazilian coffee to Japan. (They also, as I’ve written about at GlobalGourmet.com, introduced deep-fat frying to Japanese cooks, which evolved into fried “tempura” dishes.)

• In the 1990s, white-collar businessmen who had been unceremoniously fired from their jobs would leave for “work” and hide out in cafes, before returning home to their unsuspecting families.

• The Germans warehoused coffee in Yokohama before World War II. During the war, coffee imports into Japan dried up. Faux-coffee drinks were brewed from nuts, soybeans and grains. Towards the war’s end, the Japanese raided and distributed the German coffee to the Japanese army, as part of the national war effort.

White’s focus is on the role that coffee and cafes play in today’s Japanese culture, which is much more nuanced than I’ve recounted here. But these few concrete examples serve as welcoming entry points for Western minds to enter the kissaten, or Japanese cafes, which are found on every block – and unlike Starbucks, are uniquely Japanese in form, function, and feel.

When in Japan: Cups of Culture

Make no mistake: this book is not a travel guide, but as a bonus material it includes White’s “Unreliable Guide” to key cafes. Descriptions entertain even the armchair traveler, like this entry:

Tokyo’s Kafe do Ramburu: “Sekiguchi opened the shop in 1948 using Indonesian beans that had been stored for shipment to Germany before the war. Specializing on old beans (such as Cuban 1974s and Colombian 1989s) roasted to order, Sekiguchi has as idiosyncratic, demanding style and has been called koohiimaniakku (coffee maniac), but the coffee is indeed worth the visit.”

If you’re a koohiimaniakku, clearly Coffee Life in Japan is the must-have book for you.

I'm an author and journalist specializing in food and cooking. Caffeine Basics is my ninth book. I've written about the U.S. wine industry, international foods, shrinking your "cookprint," and cooking with kids. Great Bar Food at Home was a James Beard Award finalist, and Cooking Green: Reducing … END_OF_DOCUMENT_TOKEN_TO_BE_REPLACED